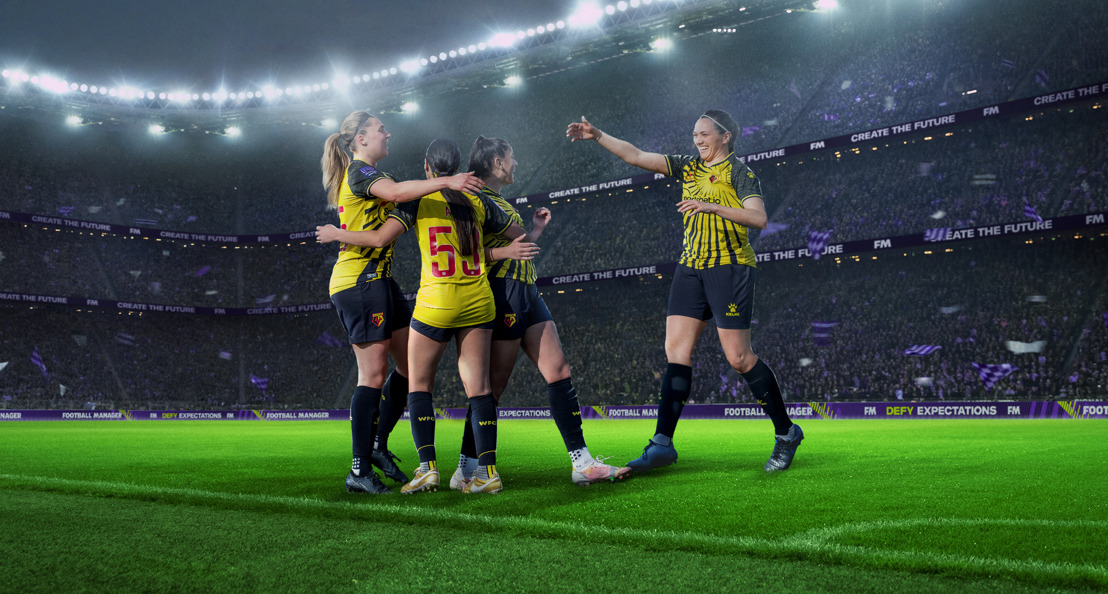 “We want to be a part of the process that puts women’s football on an equal footing with the men’s game. We know that we’re not alone in this – the historic TV deal that Sky and the BBC recently agreed with WSL in England is proof of that – but we intend to do everything we can to get women’s football to where it deserves to be.”

The move to incorporate women’s football into FM has received support from leading figures inside the football industry, including Chelsea FC Women manager, Emma Hayes.

“Women's football is capturing the imagination of fans across the globe and we're making huge strides in terms of attendance figures and broadcast deals,” says Hayes. “For the women's game to get to the next level, though, it needs to be recognised as an integral part of the world of football, not something separate and different. We want future generations to grow up in a world where football isn't divided into 'women's' and 'men's'... it's just football. The ambitious plan that the Sports Interactive team have for Football Manager will play a huge part in getting us there.”

A detailed overview of the project and some of the technical work that it will entail is presented in a blog by Jacobson, published today on the Football Manager website.

Sports Interactive (SI) is the world’s leading developer of sports management simulations. Founded in 1994, SI became a wholly owned subsidiary of SEGA in 2006. Based in Stratford, East London, the SI team includes more than 200 full-time staff members, supported by a network of roughly 1,000 part-time researchers across the globe. SI is an official partner of many major football leagues and organisations, including the Bundesliga, LFP, the EFL and the League Managers Association, as well as numerous charities and not for profit organisations. Further information on the studio and its work can be found at www.sigames.com.