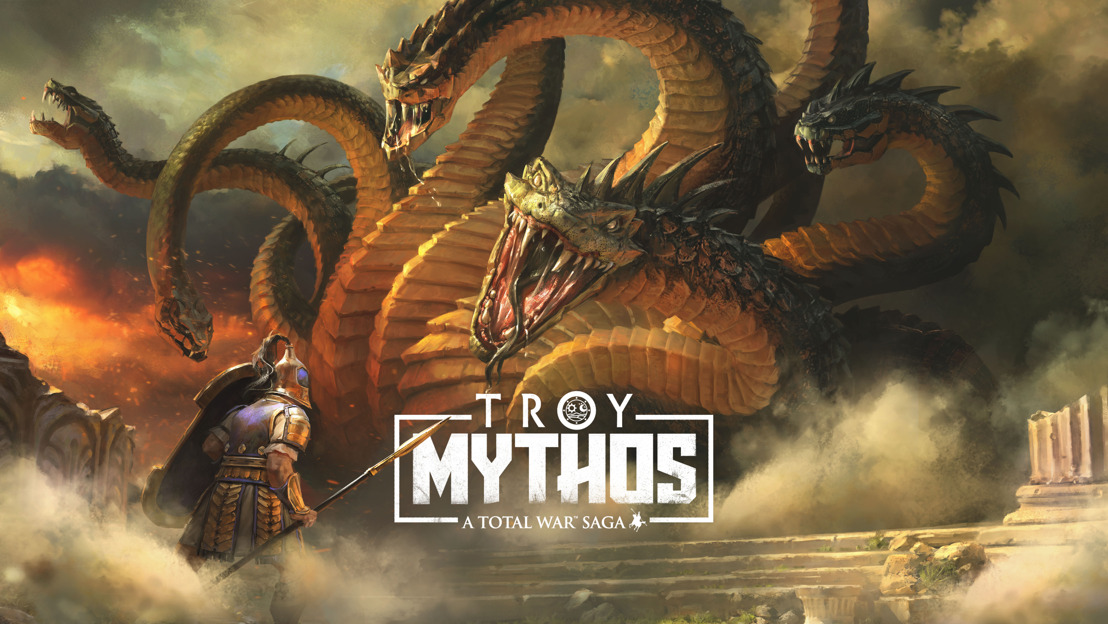 Embrace the legends of MYTHOS

Create your own odyssey and embark on one of three new expeditions to track, fight and tame legendary beasts and unleash them upon your enemies: the Cerberus – a vicious hound of Hades that guards the abyss­, the Griffin – a deadly master of the skies, and the Hydra – a nine-headed serpent spreading poison and madness.

Spill blood in epic theatres of war whilst commanding renowned heroes of the age alongside devastating mythical warriors. Multiple new units are yours to recruit including the legendary Arimaspoi and Shades from the underworld alongside mythological redesigns for iconic units such as the Centaur, Giants and the Minotaur.

Turn the tides of the Trojan conflict with supercharged divine abilities to rain upon your enemies such as Zeus’ Thunderbolt or Poseidon’s Tidal Wave and experience a mythologically inspired campaign map featuring new gameplay options and environmental design.

A brand-new game mode is now available to all owners of TROY that dramatically changes the gameplay experience. HISTORICAL mode offers refreshing gameplay that overhauls TROY’s main features so that players can experience the Aegean conflict from a traditional, grounded-in-reality perspective. Such changes include wars being fought between generals and their bodyguards instead of one-man armies wielding the powers of gods. Alongside this, the new Administration mechanic will be available in each game mode to help with the management of their Aegean empires.

This means A Total War Saga: TROY now has three entirely unique game modes with differing degrees of realism for every type of player: MYTHOLOGICAL, HISTORICAL, and TRUTH BEHIND THE MYTH.

TROY is available on Steam now

Players who prefer to wage war on Steam can now take up arms and join the battle. There’s never been a better time to wage war in ancient Greece as three editions are available to purchase for a limited time from launch.

The soundtrack for A Total War Saga: TROY can also be pre-ordered now on triple vinyl and double CD.