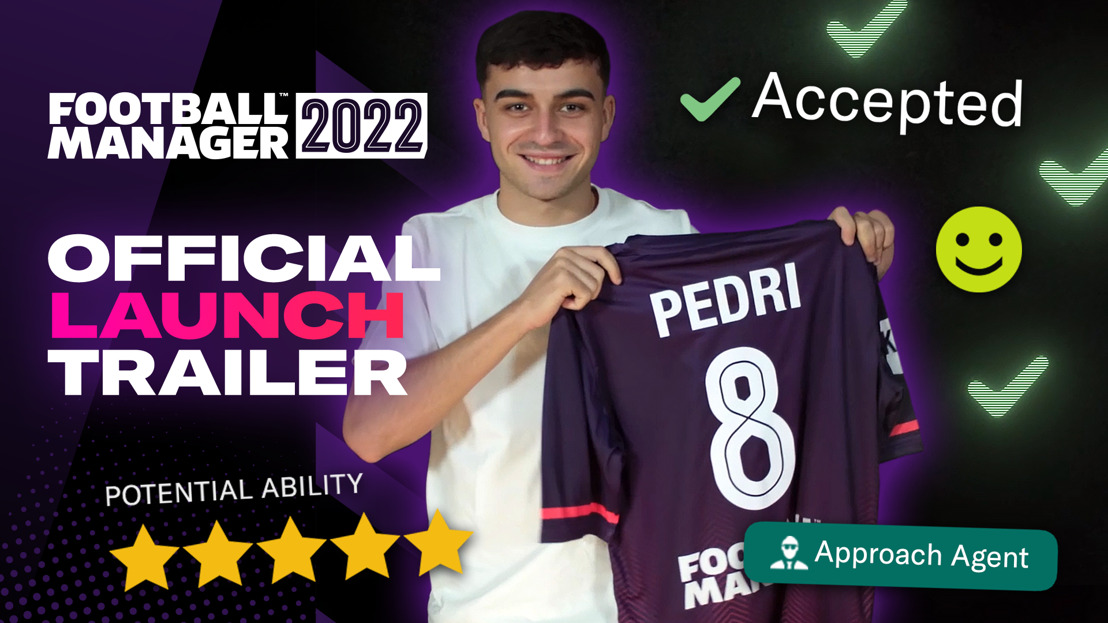 With major additions and improvements to core areas of the game, FM22 elevates the long-running series to new heights. The game’s current Metacritic score is 87/100 and reviewers have called FM22 “The best Football Manager ever” (GiveMeSport), “The best of the bunch” (God is a Geek) and “The most joyfully compulsive entry yet” (Eurogamer).

Today also marks the release of Football Manager 2022 Xbox Edition, available from the Microsoft Store, after a successful return to the platform last year.

In an historic first, both FM22 and FM22 Xbox Edition are available with Xbox Game Pass from launch. As such, all Xbox Game Pass subscribers can start their careers on PC or Console* from Day One at no extra cost.

Completing the squad for this season, Football Manager 2022 Touch (Nintendo Switch™ only) is also now live on the Nintendo eShop and FM22 Mobile is now available for download from the App Store and Google Play. Those who pre-ordered on iOS devices will be able to play immediately.

For further information on FM22 across all platforms, visit www.footballmanager.com

*Only Football Manager 2022 Xbox Edition is available on Console.