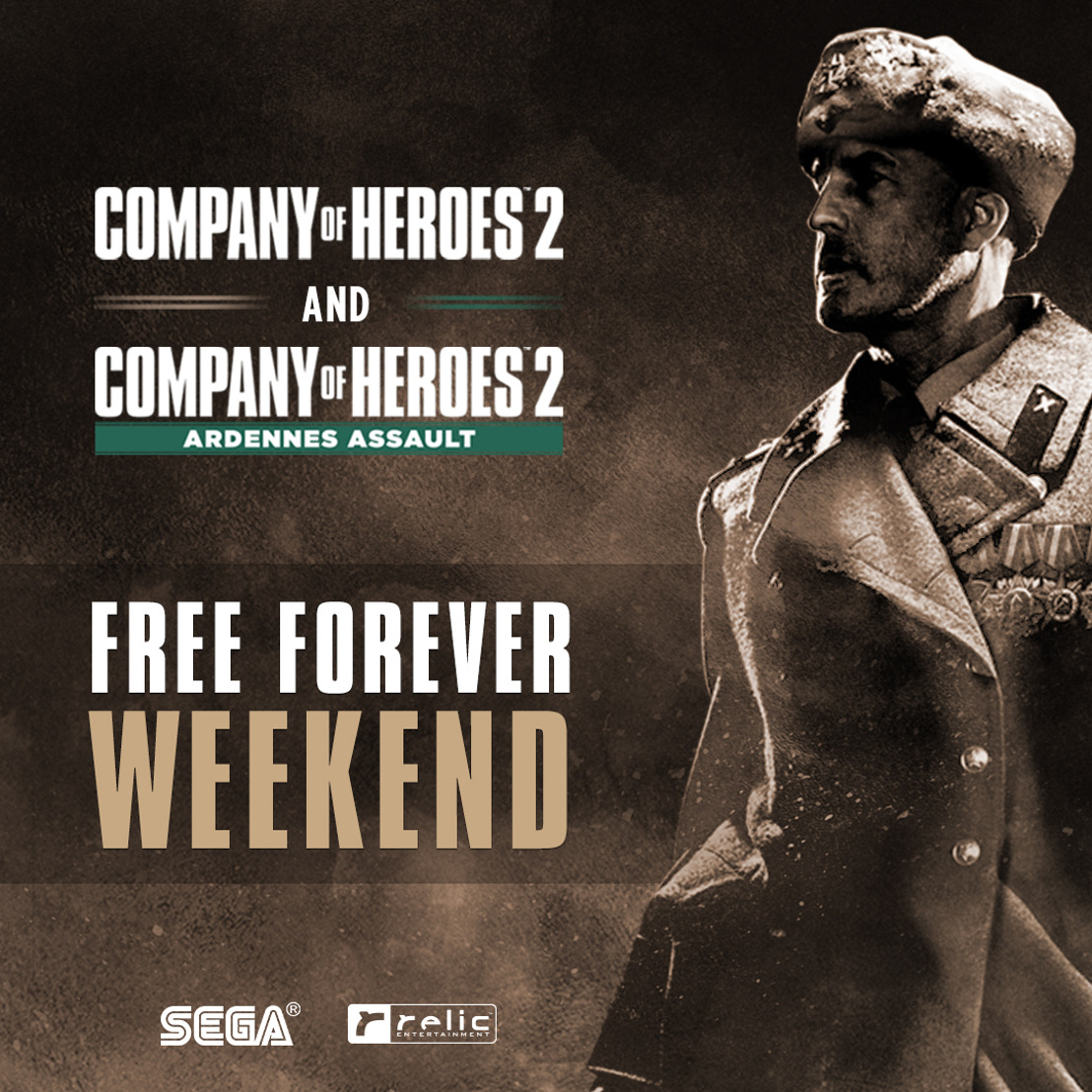 There really is no better opportunity for strategy fans to get their hands on this ground-breaking historical title, engage in its thrilling tactical combat and claim victory over both the Eastern & Western Fronts of World War II. Newcomers to the award-winning World War II RTS series can expect countless hours of single and multiplayer gameplay, with the ultimate goal of defeating the mighty German forces and turning the tide of war. Download COH2 and Ardennes Assault for free now and kick off your single player campaign with The Battle of the Bulge, or dive straight into various intense online multiplayer modes and missions.

While players can download (and keep) Company of Heroes 2 and COH2: Ardennes Assault for free this weekend, the entire franchise – including the original ‘Company of Heroes’ and all other major DLC and Bundle packs – is up to 80% off during the Franchise Celebration Steam Sale from 27th May – 3rd June 2021. Finally, players can also get their hands on the COH2 ‘Case Blue Mission Pack’ for free when signing up here.